Some days ago I finished developing some first working features of a web application in Laravel. Working fine locally, authentication, some authorization roles, all fine and dandy.

When I deployed it to the live, production server, the public area could be accessed just fine, but the admin area was impossible to reach: an infinite redirect loop.

Why would login work locally but not on the production server‽ Well, let’s see.

I started a simple debugging process which was painful because I had to change something locally and upload to production to see what would happen, since the local app was OK and did not present the same login infinite redirect loop problem.

I disabled the auth middleware for the admin routes. No change same problem. Then I disabled a middleware I had created myself to handle roles. It was called admin and it is like this: 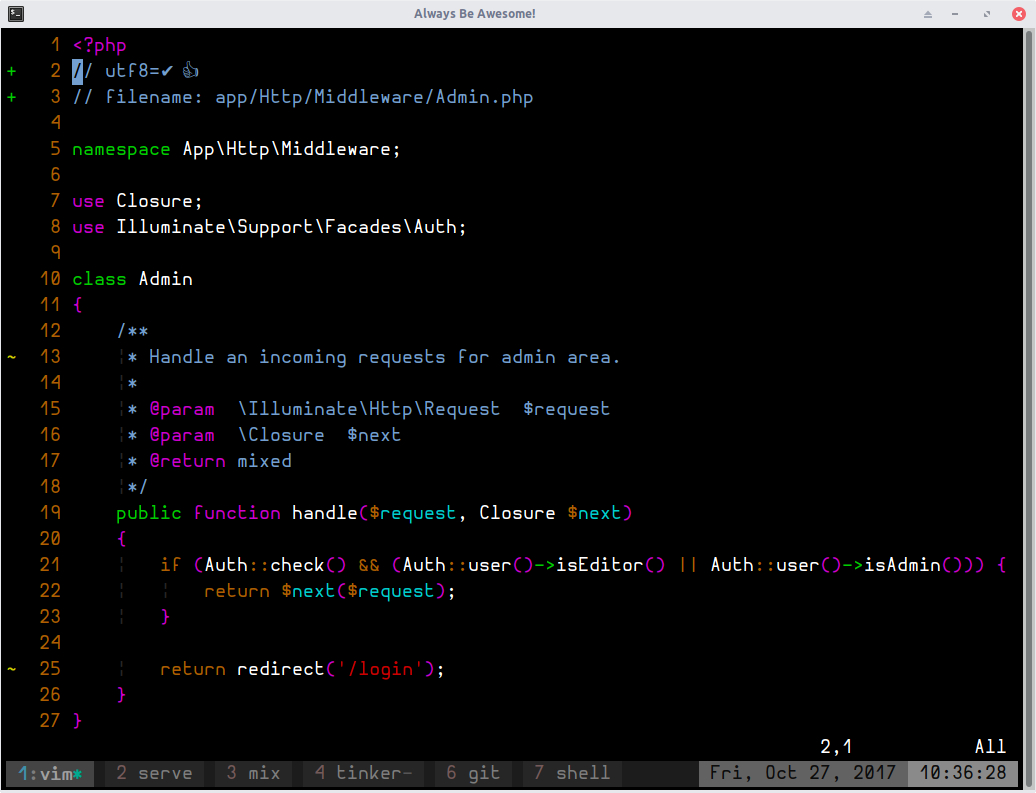 My User model has those isAdmin and isEditor methods defined like so:

Simple enough, right‽ But do note the triple equal sign comparison operator I am using.

Let’s Tinker for a Moment…

I used tinker on my local and production environments. Take a look: 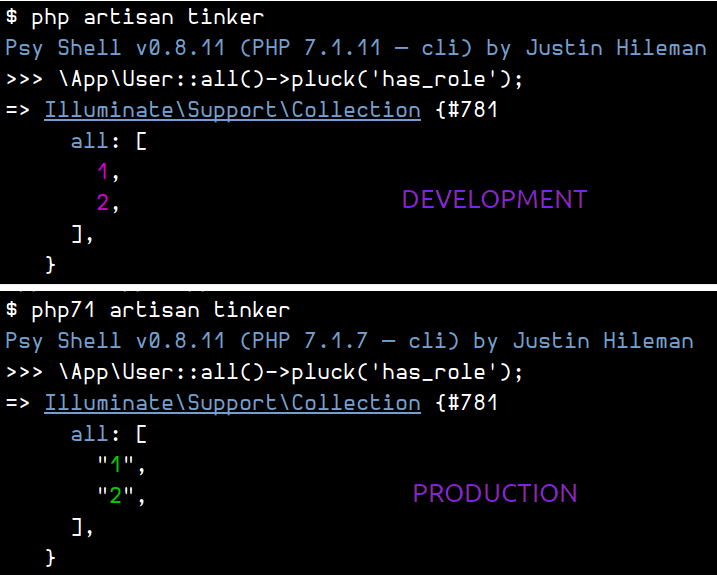 I did immediately spot the difference. The local development returns has_role as numbers, integers, while the production side says they are strings! How come‽ Moreover, recall I am using triple equal sign comparison operators in my Admin middleware? Yes, those two things combined resulted in the infinite redirect loop problem for the admin area.

I then changed === with == on the Admin middleware methods, and indeed, the problem on the production side was gone. Everything working fine!

The question is why has_role values were integers locally, and strings on the production environment.

When I deployed the application, I didn’t have seeds for the admin users, and I thought it would be just fine if I exported the local users from the DB and imported them on the production database, therefore, I did this (I am using MariaDB):

I thought, “of course, the data traveled through the network (mysql client/server communication happens through TCP) and became strings!” Then I tried doing this on the server:

Nope, the numeric strings were still there… Then I tried through the mysql cli itself:

But the problem persisted. PHP, Tinker and the Laravel application still thinking that 1 in the database is "1". No, the problem doesn’t seem to be because of the way I populated the users table on the server.

Researching a little more, I found some people saying that PHP + PDO with the mysql extension poses that problem, while mysqlnd extension does not.

And this on the server:

I decided the solution for now was just to use == instead of === in my Admin middleware. I have other applications on this server and would probably be unwise to attempt installing the mysqlnd extension.

The lingering question is: what would have been the best approach in the first place that could have avoided the problem and saved me some hours of debugging and experimenting?

I am not perfect and still seeking enlightenment…